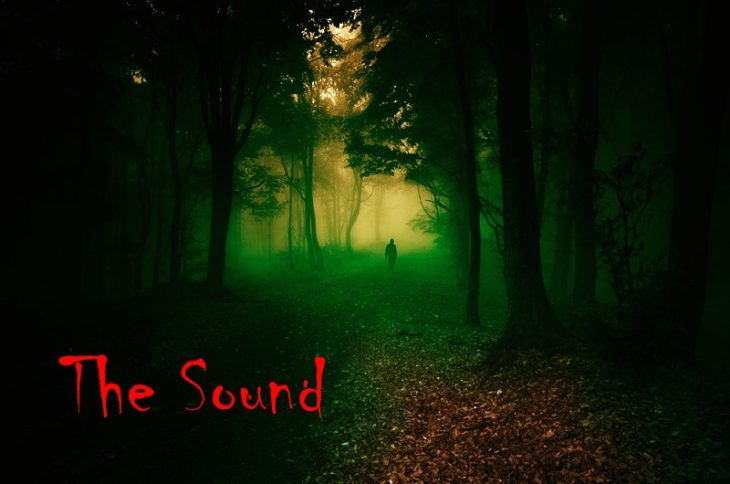 Ravi heaved a sigh of relief when he finally got off from that overloaded bus. After 3 years, he was coming to his village, his grandfather’s place, for a short visit. He had planned to reach by evening, but the damn bus got delayed and it was almost 11 PM by the time he reached there.

And then the bus left, engulfing Ravi with a cloud of dust and smoke. He muttered under his breath, cursing that bus while fanning out the dust with his hands. As the bus moved away into the invisible horizon, the darkness of a winter night, creepily wrapped around him. A cold breeze made him shiver. He zipped up the front of his jacket till his neck and straightened his backpack on his shoulders.

There was not a single person to be seen, forget about a rickshaw. And he did not even inform his grandfather that he was coming as he wanted to surprise the old man; otherwise he would have arranged some vehicle. Had it been a daytime, the house would have been visible from the bus stand. His grandfather lived just opposite to the bus stop with a cremation ground in between. The road goes around the cremation ground and it takes about 20-25 minutes to reach.

Ravi looked into the darkness across the ground, shook his head as he started walking on the road. Suddenly he stopped.

“Why this idea didn’t hit me earlier! Stupid me!!” he thought.

He could just take the narrow mud path in between the cremation ground itself and save 10 minutes.

“Well there can be ghosts…”, He smirked to himself, remembering his roommate’s idiotic stories about spirits and witches and what not.

He started walking towards the cremation ground. He did not believe in ghosts, but the wintery night made the whole thing little eerie. Just into 10 meters of the ground, he turned back and thought of going back on the long road, but changed his mind again.

He was not exactly scared, but to keep his mind free of all the ghost stories, he started humming a Hindi movie song. He was able to hear his own rustling footsteps, as the ground was covered with dried leaves.

Something caught his attention and he stopped humming.

“Did I hear something? Another pair of footsteps? Someone, wearing a pair of anklets?”

His heart skipped a bit, he looked back, took out his cell phone and switched on the flash light of the cell phone camera. He moved his hand from left to right. The small conical space of light originating from his cellphone moved too. And it did not reveal anything irregular. There was nobody behind him.

He turned back and started walking again. The other footsteps were back again… tin-tan…tin-tan…

He stopped, the sound also stopped. He felt his heart beating faster. He slowly turned and searched again.

“There … what is this moving there?”, He pointed the cell phone towards the thing…

Just an old and torn polythene, stuck on a branch of a tree and swaying with a gust of air. He swallowed some cold air and licked his dry lips, and started walking faster towards the other end of the ground.

The footsteps followed him… faster. He could hear them clearly this time, as if it was just behind him. He did not want to look this time and started running.

Whatever it was, it was also running now.

He was panting, but he did not stop. The footsteps also followed rhythmically.

He did not even realize when he reached the front door of his grandfather’s place.

It had also followed him till there.

Ravi knocked on the doors hard and collapsed there.

The next day, Ravi opened his eyes and saw the ceiling above him. He sat up and saw that, his grandfather was sitting beside the bed, immersed in a newspaper.

Noticing him waking up, his grandfather folded the newspaper and kept on the bed and came to him.

“Having a headache…”, Ravi replied while massaging his forehead gently.

“What happened yesterday? When I opened the door, you were lying there unconscious… and why did not you inform me that you were coming? I was so frightened seeing you like that you know… You were having high fever the whole night”, his grandfather was concerned.

Ravi told him everything. The cook, Ganesh, happened to hear the whole story standing there when he brought some warm milk.

“Arey… that Lachman’s wife committed suicide by hanging herself from that branch of the banyan tree there… her spirit roams around in the night…”, Ganesh’s eyes almost popped out with fear while telling this… “You should never have taken that route, chhote sahib. I will call the pahadi baba today to worship and the ghost will go away.”

It had already been 3 days since that incident. The fever had receded and Ravi was also feeling quite fine. The pahadi baba had come and given him some red thread to tie around his wrist.

“It will keep you safe from the witch… Never take it off”, baba had warned.

Ravi was already delayed by 1 day and he wanted to go back.

He bade his goodbye to his grandfather promising that he would come after 5/6 months. A rickshaw was standing at the door. He took his backpack and hopped on to the rickshaw.

As the rickshaw took the road around the cremation ground, Ravi took a look at the ground and felt the same panic lingering in his heart he had the other day while running for his life. He averted his eyes and concentrated on the way ahead.

“Heard that the witch attacked you sahib?”, the rickshaw wala asked him.

“Well, didn’t attack me.. But followed me home.”, Ravi replied.

“You are very fortunate.. if she lays her eyes on somebody then she does not leave until she gets all the blood out of that person. Keep that red thread always with you, sahib. Only Pahadi baba can handle him..”, rickshaw wala said while he stopped in front of the bus stop.

He took his backpack on his shoulders and stared walking towards the shade.

Ravi’s heart almost came up to his mouth hearing this sound. He turned back. There was no one. The cremation ground was clearly visible in the sunlight. There was nothing. He started walking again.

“Oh my god! She came back… What will I do now??? Go away …Please..”, Ravi thought as his left hand automatically went to the red thread on his right wrist.

His mouth went dry. He took the backpack off his shoulders to get some water. He opened it and peered into it looking for the water bottle.

His face went pale as he looked into the bag. His hand went inside and took out a steel tiffin box. He shook the tiffin box.

He opened the box…

He sat there on the bench at the bus stop and stared laughing so hard that his stomach started to hurt. Other people standing there looked at him as if he had gone mad. He took out the witch out of the box and held it in front of his eyes.

“You almost gave me a heart attack that day you witch!!!!”, Ravi chuckled while looking at the steel spoon in his hand.

“It was this stupid spoon all the time… Epic!!!”, he sighed in relief.

The bus came and Ravi boarded the bus. Took a vacant seat by the window and smiled to himself while looking at the cremation ground thinking about his stupidity.

The bus took off.

“I will not let you go the next time you come.….”, she said and started to laugh hysterically as she jumped on to the banyan tree.

Tin-tan.. Tin-tan.. Came the sound as her hair wrapped around the branch and she swayed in the air…

One thought on “The Sound – A Short Story”