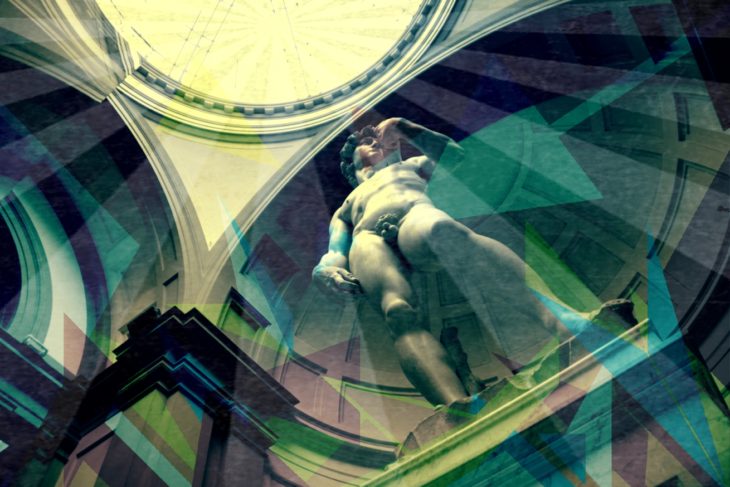 We reached Florence at 10.30 AM, nice place. Best B n B I have been to so far, 3 bedroom flat, with fully equipped kitchen, lots of toys for kids and a great view of the valley from the balcony. Only downside is the toilet, for 10 people 1 toilet is difficult, what if the nature calls three people at the same time? Who will go first? And who will dance around it?

The plan was to take rest for the day. After last 4 days of running and roaming, every ones’ legs were aching. We decided on cooking on our own, and Tanmoy took charge, went out for grocery shopping, walked 20 minutes to reach one (only to realize next day that a bigger one was right behind our place), couldn’t find any Indian spices. Tanmoy declared that the dish will not be his best (he does it all the time). After spending 30 minutes in the shop, when we were coming out of it, we had spent 44 Euros! Let me tell you one thing, male are more shopaholic than woman when it comes to food.

On Aparna boudi’s advise, this time we bought one good bottle of Chianti wine. They say it is one of the best in world. After coming back to the apartment we decided to open it, and realized that it has a cork on it. My brother Arindam once told me his story of opening a wine bottle which involved pushing the cork inside the bottle!

Found a cork opener in the kitchen, tried to open the bottle with it, but the desired action didn’t happen. Then we took resort of youtube. The tip of the cork opener was broken. Then the real struggle started. Think of a few millimetres of glass between your lips and that coveted wine. First tried chiselling off the cork with kitchen knife, failed, then pierced it with a needle and passed a straw on it, failed again, then chop off the top part of a small Christmas tree thinking it might be a hollow one, it was not (Yes we were really going crazy then). Then I decided to do the extreme! Let’s break the neck of the bottle, so Avishek da and I came out on the road, wrapping the bottle neck in a cloth and started looking for a deserted lane. Believe me that’s the most insane thing I have done in my life. I was about to hit the bottle on the pavement and we noticed a Pakistani fast-food shop, went in and requested the owner. He gave us a crooked smile and then opened the bottle for us. I offered him some wine. Avishek da took one menu chart and promised him that we will definitely buy our dinner next day (which never happened). Yup, then we tasted the wine. I’m not a connoisseur, but I can tell that it was the best one I have tasted so far!

Started our day @10. Changed one bus to reach the centre of the city. Florence is very small for tourists, You can visit most of the attractions on feet. We started with Uffizi Gallery. Being the birthplace of Renaissance, Florence is billionaire in art, and Uffizi is its central vault you can say. All most all of the best Renaissance works are now in two places in earth, one is Louvre in Paris, and the other one is Uffizi. We waited in the long Que for the ticket while Tanmoy got his caricature drawn by an artist, he didn’t have to work hard to make the comic. A mere portrait of Tanmoy was enough to make you ROFL.

Almost 80 rooms spreading across two vast floors, each one cradling marvels of human creations. I don’t have the eyes to understand them, but tried to admire them with whatever little had been written on the guide book, Michelanjelo, Pontochelli, Bernini, Caravaggio, it was continuous bombardment of colours on eyes.

Our next stop was the Dome, popularly known as Il Duomo. It is a landmark of the city. Once upon a time, it had world’s highest dome, made with terracotta, and it is still magnificent.

Then it was the time for academia, Europe’s very first academy of contemporary arts. And it holds the best piece of Marble carved by man (keeping in mind Taj Mahal), David. I had seen many photos of David before, but was awestruck when I saw it before me, enormous in size, gracefully depicted and anatomically flawless for my friends in medicine, You can do surface markings on it. The artist used to dissect human bodies in order to understand the anatomy, such was the dedication. 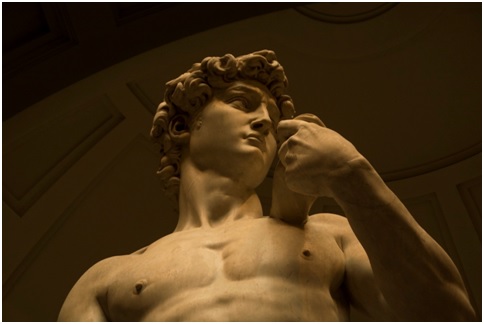 Finished our day with delicious Chicken kosha and rice made by Tanmoy. God bless him.

The town of Pisa is famous for its leaning tower. When we talk about architectural wonders we think of symmetry, and engineering marvels, but of serious mistakes? Never! But that is what happened with Pisa! The construction started in 1173, and by the time the second floor was building it started leaning because of the soft subsoil. Multiple techniques were adopted to keep it from leaning further, and it carried on for 200 years.

The trains in Italy are amazing. This time we took a double decker one, that took us to Pisa San Rossore station in only 1 hour. Being typical Bengalis, snubbed its class to a Sealdah- Naihati local, by playing cards all the way! That was a sight for other commuters.

From station to Pisa cathedral was just 6 minutes of walk, but it took us 30 minutes to get there. My darling wife was again hunting for bags, and managed to procure one too, probably her number 502. Not sure how she manages to keep this craving inside her, but I never discourage her on this. Let me give you a tip, a happy wife will act as a buffer for all your misdeeds in near future. I said near, because they tend to forget these offerings very early.

The complex had one cathedral, one baptistery and the leaning tower, but nobody was looking at the first two, everyone was busy either pushing it or trying to stop it from falling. Our wives were no exception, that’s how the best photos were taken! Few people tried new techniques as well, like kissing the tower, or putting it in between the legs (you know why, who said tilted things are of no use?).

Truth to speak, when you would reach near the base of the tower, you would see that it doesn’t have any great carving on its wall (like all other monuments in Italy, here even a Door handle has a face of a gargoyle carved out of it). No architectural mastery as well, but the tilt of 5 degree is very obvious. Ashish da, Jigna and Tanmoy (his name is now Uscita, means exit in Italy, as this is the mostly spoken word by him now) climbed the tower, rest of us gave the thought a rest, as after climbing the dome of St. Peter’s Basilica we were scared of stairs!

Then we did some window shopping, bought some magnets, only to realise after a few minutes that they were of half price in another shop, tried to defend our mistakes by taking all crazy thoughts, as the cheaper ones are not as good looking, the colours were dull etc etc. We all do this, this is called defence mechanism.