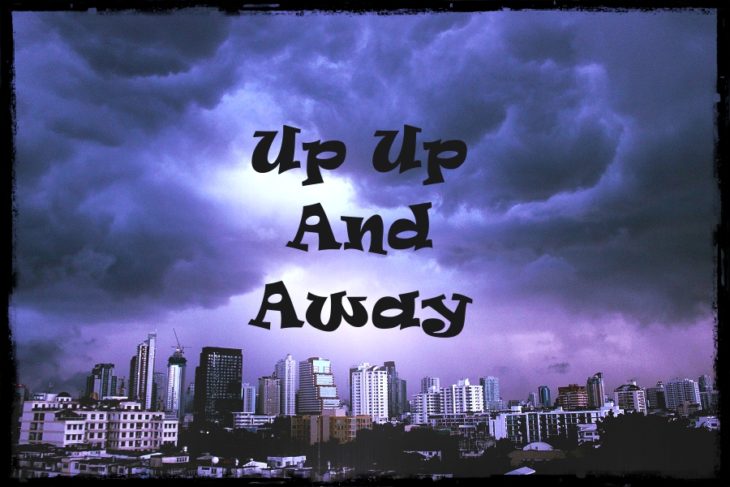 Pratichi woke up to the hushed and sweet wishes from Arun. She blinked a couple of times before looking at him and then smiled.

“Happy Anniversary to you too honey!”, she whispered into his ears.

He gave a peck on her cheek and got out of the bed.

“I will try to be back by 5 PM today. So be ready. We will go out and I have a surprise for you too”, he announced before closing the bathroom door.

She pulled the bed linen over her head and went back to sleep again quite effortlessly; as-if she had never woke up.

When she opened her eyes again, it was already 10.25 AM. Arun had already gone to office. She slowly dragged herself up and sat on the bed. There was a small photo frame on the bed side table. She took it in her hands and looked at the photo. Two happy faces – hers and Arun’s, five years ago, on their honeymoon in Kashmir.

She breathed in and out heavily, stretched her neck towards her back and front again and put the photo back.

She used to be a nomad. A week here, a month there… never found a place to call her own or a place good enough to stay back. When she was in one place, some other unknown place would beckon to her and she would oblige. Fascination about new places drove her around. Smell of a new town was her addiction. She hopped in or out of a city in a matter of seconds.

Flings happened with locals, but never that serious. No one could make her leave her passion until that one day, when she saw Arun and followed him off a train to his city.

Life never felt this different; never so content in a single place for so many days at a stretch. She did not feel restless anymore. The voices of distant unseen, unknown places did not reach out to her anymore. She had everything she ever needed, stacked nicely inside the 4 walls of the house which she started calling home… a home where she felt right in tune with Arun.

Finally she got out of the bed, fixed herself a simple breakfast of toast and a cup of espresso. While loitering around the house, she happened to come across a feather… a white one, just a tinge of gold around the fringes. It was simply lying on her dining table. It started to flutter when she switched on the fan. She caught it just in time… it was about to fall off the table.

The feather was now sitting in her palm. She stared at it for a long time. Then she took it to their west facing balcony. The lake outside her apartment complex was 11 floors down from where she stood. She took the feather in her palm up to her lips and blew it softly. The feather was blown away from her hand. It started to fall down slowly after going straight for a second or two. Her eyes followed it till it became too small to be seen. Then she turned around and went inside the house.

The cupboard where she kept her favorite things was locked, as usual. She took the keys from her bag and opened the cupboard. On the lowest rack, there was a black suitcase. She pulled it out and flipped it open.

There was a white dress in it, nicely folded and zip locked in a transparent bag. She caressed it and took it out. It was her favorite dress from her vagabond days.

She had a smile on her face as she pulled out the dress and put it against her body. She thought of wearing the dress on this special day. She went in front of the dressing table and admired herself.


Arun was back at 5 PM, as promised. When he opened the door, there was something very pleasant the way the house smelled. A cake being baked… May be!!!

He closed the door behind him and tip toed towards the kitchen. And he was correct. His darling wife had baked her famous quadruple chocolate cake, which she learnt from Nigella’s kitchen. The cake was on a wire rack on the kitchen desk. There was a bottle of Jacobs Creek white wine next to it. The water droplets on the bottle told him that it was taken out of the refrigerator a couple of minutes back – just the way he liked it.

When he went closer, there was also a note. He opened it.

He was overwhelmed. He called out to Pratichi.

He moved in and out of each room in the house, even the bathrooms. But Pratichi was nowhere to be seen.

Then he saw her shadow on the balcony’s opaque door.

“You there?”, he opened the door an there she was, looking out of the balcony parapet and wearing that off-shoulder white dress which she had worn the first time he had met her. Her silhouette looked ravishingly gorgeous against the sun light.

And then, she turned, with a smile on her face, waved at him and even before he could say or do anything, she jumped off the balcony.

“Nooooooooo….. Pratichiiiii……”, Arun rushed towards the spot where she was just standing a moment before and be bent down from the balcony.

He felt his heart coming out of his mouth, his eyes almost popped out when he saw Pratichi down below.

She was still in air, when a pair of wings sprouted out of her shoulder blades, just before she would have hit the ground and flapped against the wind. And suddenly she was flying. She came up, crossed the lake and went away towards the sun.

The wings had white feathers. Couple of the feathers landed on and around him when Pratichi flew over him and then he saw that the feathers were not completely white, they also had a tinge of gold on the fringes….

Wind in her hair, the lake below her and the sun rays on her face – This is what she had missed all these years.  Arun was good, but she could no longer resist the calling of a new land again. Roaming around was in her veins… She was smiling ear to ear as she felt the ecstasy of flying again.