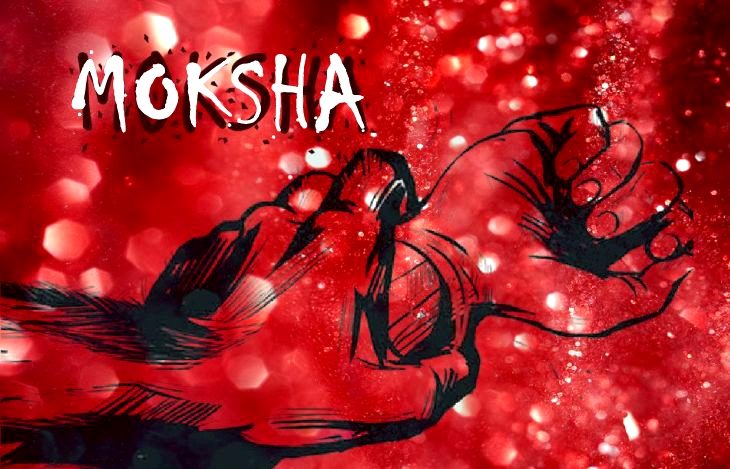 Two more houses, then I can go home. Will buy Asha something for Diwali. Thought Manju, while the cooker played its whistle. Suddenly, a noise, a painful call. She rushes out and into Sethji’s room. He looks weird. A man in his late fifties,bedridden by an accident three years back when an iron pillar crashed upon him, permanently paralysing his right side. Since then, he is dependent on his son and his wife for almost everything. They tried keeping carers for him,but he chased them away with bad mouthing; last one being a week back.

Sethji is shaking vigorously, his breathing is quite heavy and slight droplets of sweat are building up. She walks up to his side, reluctantly. He seems to be pointing somewhere. Manju knows he is showing the table where medicines are kept. She goes there and takes out the purple bottle of tablets Auntyji had shown her, to be given during emergency. Clasping it,she walks back to Sethji. He is panting harder now and staring at her.

Disdainfully. Her mind travels back by 12 years, when she had looked at the same pair of eyes, pleadingly, which he had ignored. She recalled that frightful evening, when Sethji, who had then been working on a bridge project in their town,had caught her unawares while she was returning from her tuition classes. He had dragged her by the hair behind the bushes and torn off her modesty. When she rebelled, he slapped her and bit her delicate body until blood oozed out. Mercilessly, he pushed himself into her, several times, wounding her body, scarring her soul for ever. He later warned her against spilling the beans to anyone, and she with her dignity at stake, kept mum.

Till, a month later, when she discovered her pregnancy. Forced by circumstances, she told her family about it. But instead of caressing her wounds, they beat her up and forced for abortion. She knew she couldn’t kill the tiny heart beating in her womb. And so at the cost of getting disowned by her family, she bade her childhood adieu and boarded a random train. When it finally halted, she had reached Mumbai – the city that never disowns anyone. After initial struggle of setting foot in a fast paced city, Manju slowly started settling down. She managed to get herself a cleaner’s job at a small hotel. Her diligence paid off,when the hotel owner took pity and gave her a roof to stay under. She gave birth to her child whom she named Asha -hope. She wanted to educate her daughter and see Asha become a respectable person in the society. As Asha started growing up, Manju took up more jobs, as housemaid, as a cook. And thus, finally landed into Sethji’s house, in quest of her new assignment.

She had recognized him immediately when she saw him. And he did too, or so she felt. But she silenced her inner demons and took up the job as a cook, because the money was good. When Auntiji told her about Sethji’s fatal accident, Manju only replied, “God’s will, God’s ways”.

This was two weeks back; and now, here she stood, holding the medicine in hand that could save Sethji’s life. He is looking at her intently, almost begging, as his breaths are getting shorter. Manju holds the medicine in front of his eyes, bends down and says, “What goes around, comes around, Sethji. I paid for your sins, now it’s time you pay for them”. Sethji’s eyes pop out in fear as Manju turns back and goes to the table to keep the medicine away. She leaves the room, back into the kitchen and the cooker blows its whistle again. Checking if Rajma is cooked, she starts preparing tea for Auntyji and Sahab, who would soon be back from work.

“Manju, are you done with food?”

She fills a glass of pomegranate juice and heads to Sethji’s room. He is done, lying with his mouth open and blank eyes staring at the ceiling. Manju knows what to do. She drops the glass on the floor and screams, “Auntyjii…”. Auntyji rushes in, going straight to a dead Sethji and starts howling. In shock. In grief.

Manju stands affixed, smiling within, looking at the broken glass on the floor and red juice spilled all over.

Red, the colour of her sweet revenge.

Author ~ Deblina Chowdhury. A free spirited mother to a lovely toddler, she enjoys cooking good food and good stories. Spiritual, not religious, a techie by degree, a writer by choice and thoroughly emotional, that’s how she’s in a nutshell. To know more, simply read her words and to connect, please don’t, she hates spammers! But if you are serious about your wishes for her, mail her at [email protected].