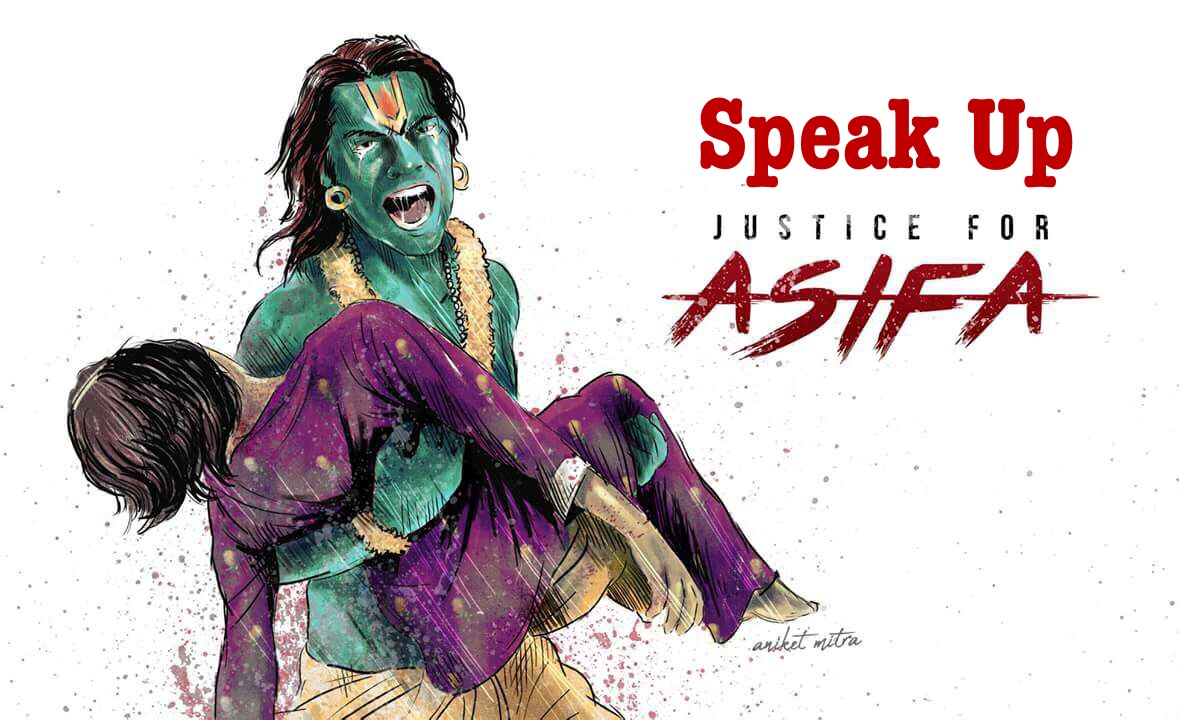 When I came back from my Himachal Pradesh trip, I was prepared to write a travelogue. But that is not what I am writing today. I cannot think of anything else after reading about the 8 year old girl, Asifa, who was brutally raped by a group of people for days, before they killed her mercilessly. I am not here to write about the horrendous act; it is already available on all the major newspapers, channels – basically, it’s all over the internet. I am just trying to speak up my rage here.

It is difficult for me to even imagine what happened to her. When I was sitting in my air conditioned office, she was going through all that and her family was frantically looking for her everywhere. Finally when she was found, it was only her mutilated body; her hurt soul had long left for a heavenly abode. What did she do to deserve this? Because she was a less fortunate? Because she belonged to a different religion? Because she was poor? Or because she was just a child? I do not care for the reason. I am just heartbroken – for a community where humanity is still being raped each and every day.

When we are born, we are born with just one truth – we will die one day. But who gave the right to those monsters to decide when and how that hapless child would die? Who gave them the authority to kidnap her and do all those unimaginable things in the name of God? If this is what believing in one religion teaches me, I am better off any religion. If my God cannot tolerate another human just because he/she prays to a different God, then I don’t believe my God even exists!

And who are these people who could bring themselves to do all this to an innocent child? One retired government official, two police officers, two hopeless lads and one juvenile! There were 2 more police officers who even tried to hamper the evidence by washing the clothes Asifa was wearing before sending them to the forensics. God knows who else was involved! I wonder if they can meet their own eyes in the mirror. How much mentally sick these people are to act in such a way. If these types of people are still existing, then I am sure evolution did not happen and humans are not the most intelligent species in this world that we think ourselves to be.

What are we going to leave for our next generation? A constant fear that anybody can come and do anything he/she wants with you or your body? That there are still monsters with masks out there and you cannot trust anyone? That you cannot decide which time or place is safe for you? That there are people who will stop your killer to rape you once more before killing you? You know what, I am better off an offspring too. I do not want my child to see or face all this. Let him/her live in some other world where humanity still exists and justice prevails. And I wish that all those people who have the guts to violate another person’s right to live peacefully and respectfully may rot in hell of their preferred religion.